News from our international climate activities

Feminist Reflections on COP25 and What Next

On Friday, January 31 from 2-3:30pm GMT (London) we held a webinar on “Feminist Reflections on COP25 and What Next / Reflexiones feministas sobre la COP25 y el futuro / Réflexion féministe sur la COP25 et prochaines étapes” It will be in English and translated into Spanish and French.
This webinar presenedt some of the key outcomes and major shortcomings of the recent COP25 climate negotiations held in Madrid. Spain. Feminists shared inputs on the status of some of the key issues raised at COP, from markets to oceans, and what the key next steps are. They also discussed key aspects of the five year gender action plan that was adopted. Furthermore, an overview of what happened in the ‘People’s Summit’ in Chile was given and a broad discussion on next steps for building collective action in the context of increasing climate emergency took place.

To watch the webinar please click on the respective language you prefer: English, Spanish, French

The webinar is financed by the GIZ with funds of the German Federal Ministry for Economic Cooperation and Development. The activity is implemented by WEDO and LIFE.

Looking back at COP25 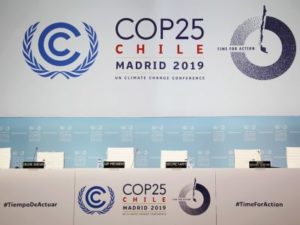 The COP25 climate talks concluded in the late afternoon on Sunday – almost two days after its scheduled end time. Civil society watched as Parties attempted to water down commitments to action and ambition in the Paris Agreement, thrust responsibility for loss and damage onto those countries suffering first and worst, and push through market mechanisms with bad rules — rules that would violate human rights and fail to protect environmental sustainability.

We witnessed many polluting countries, refusing to own up and pay up for their historical responsibility in creating a climate emergency. While in the final hour, some decisions were made, including a weak decision on loss and damage, we find it particularly duplicitous that a country like the U.S., who has indicated its intent to withdraw from the Paris Agreement, is still asserting itself to weaken climate action.

For LIFE e.V. and the Women and Gender Constituency, one of the strongest outcomes of COP25 was the adoption of the 5-year Gender Action Plan. We commend Parties for pushing for a robust outcome here, highlighting the critical importance of gender equality in climate action. Read the full press release here. 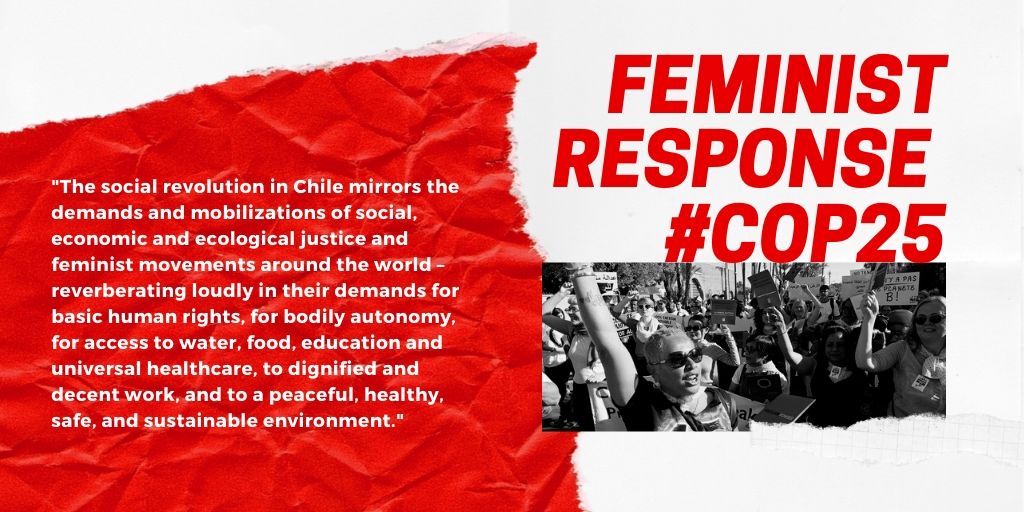 The submission summarises the relevance of mainstreaming gender into adaptation in order to ensure its effectiveness including the empowerment of vulnerable groups. It draws on good practice examples from the Gender Just Climate Solutions and explains existing gaps that need to be filled. Read  the full submission here.

Not without Us! Project

Climate action on a national level